How to install MYSQL on Mac OSX

In the previous post I told how to remove Mysql from your system, in the same note let's talk about how to install it correctly. Let's start with a simple one and agree that in the age of package managers it’s at least absurd to install anything manually.

So, to install additional packages in Mac Os, there is an excellent Homebrew component manager that we will use. If you for some reason have not yet installed this wonderful tool, immediately install it with the following command:

Well, now you can, with one team only, install everything on your Mac Os, including MySql. This is how it is simple and fast:

Since now the current version is now 8.x, but I still prefer 5.7, if you are with the number of such old cities, you will be helped by this command:

All our sql server is installed and ready to go into battle. Let's now configure it a bit:

To configure, start the server:

If at this stage you have a problem with the fact that the terminal does not know the MySQL command, perform a link to version 5.7 or the one you have chosen as a favorite

To start the subsequent launch of the Mysql server

To administer databases in OSX, I prefer to use the Sequel Pro program instead of the notorious PhpMyadmin. You may be interested to try something new for yourself =) By the way, the program is free and damn convenient. Allows you to connect via SSH to your remote servers and the local one is doing just fine! 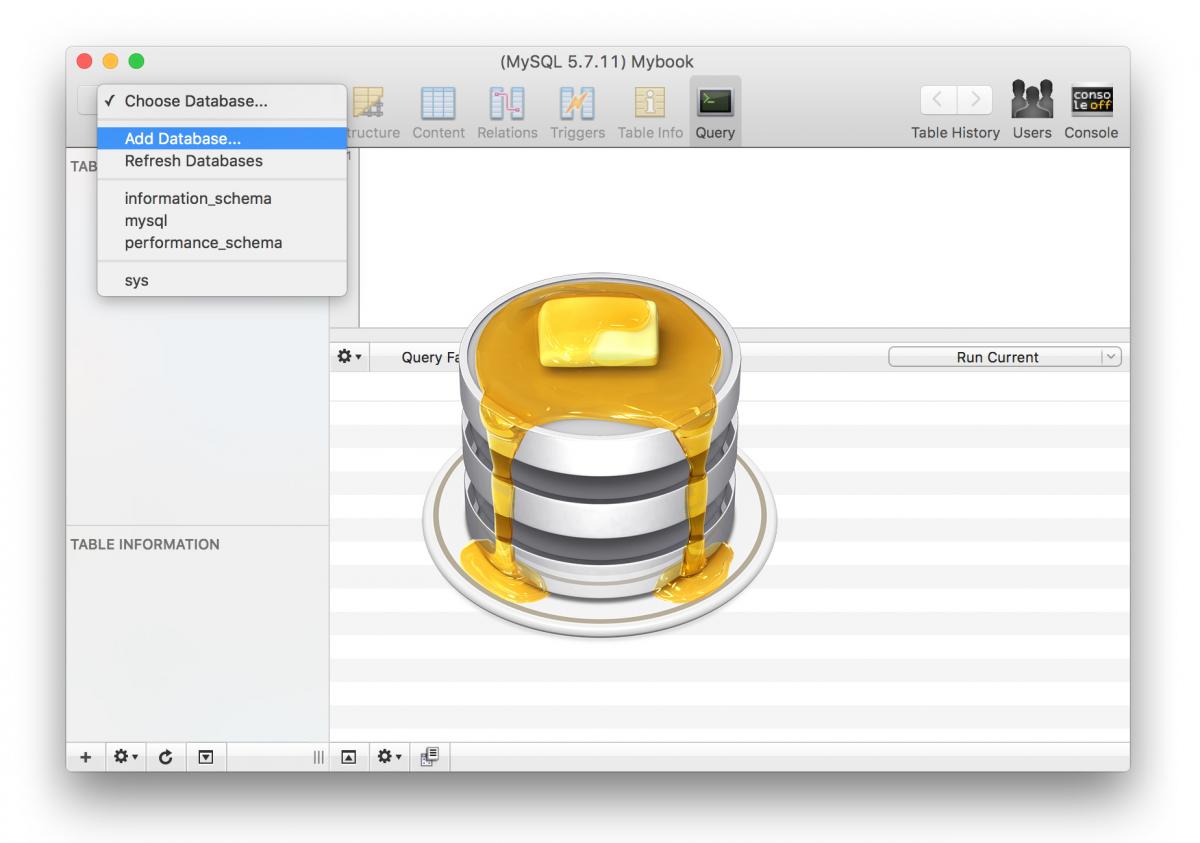